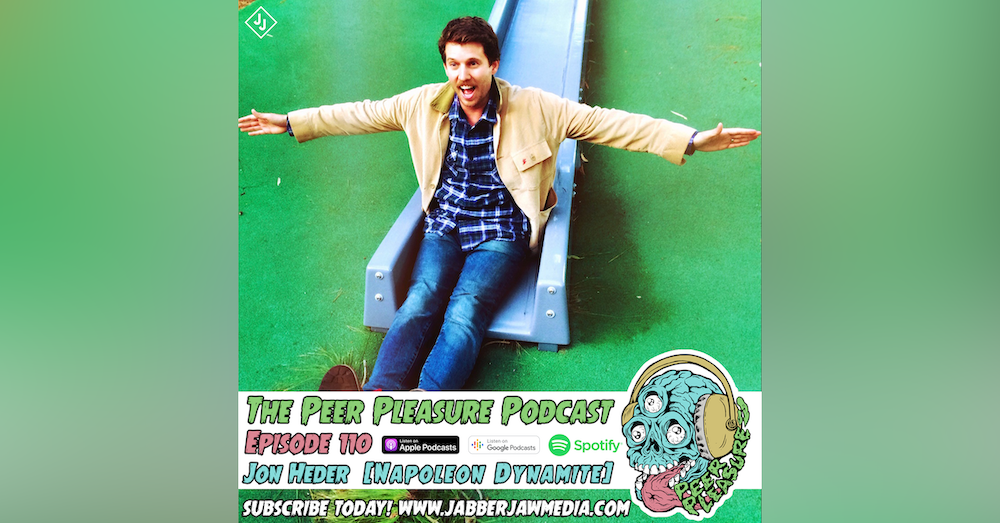 Set at the Proofreader at Downtown Marriot in Portland, Oregon Jon Heder and Dewey Halpaus jump right in to conversation with the possibility of Jon starting up his own podcast. “Everybody and their dog has one” he states. They discuss how movie trailer making is truly an art form, and how deceiving they can actually be. Dewey connects with Jon on the fact that he is LDS which is that is the way Dewey was brought up. That leads to the comparison of how strict their parents were, and if that had an effect on the type of TV and films they were exposed to in their youth. Jon shares that although he rarely consumed pop culture with his parents and had good judgement himself on what was appropriate, movies with a high sexual content still make him uncomfortable today. The two trade movie titles that they haven’t seen and question if watching certain iconic films of the 80’s would be the same seeing them for the first time today. Jon gave us insight to his creative spark and how that was fostered as a child through drawing and puppet shows with his twin brother. Once the two got older and had access to a video camera and sound mixer the fun really began. The subject of fame and privacy is something Jon is very passionate about and does not withhold his opinion. From family and friends, to strangers at  restaurants his fame is something that can not be overlooked. He explains how he navigates it all and the type of mentality it takes.