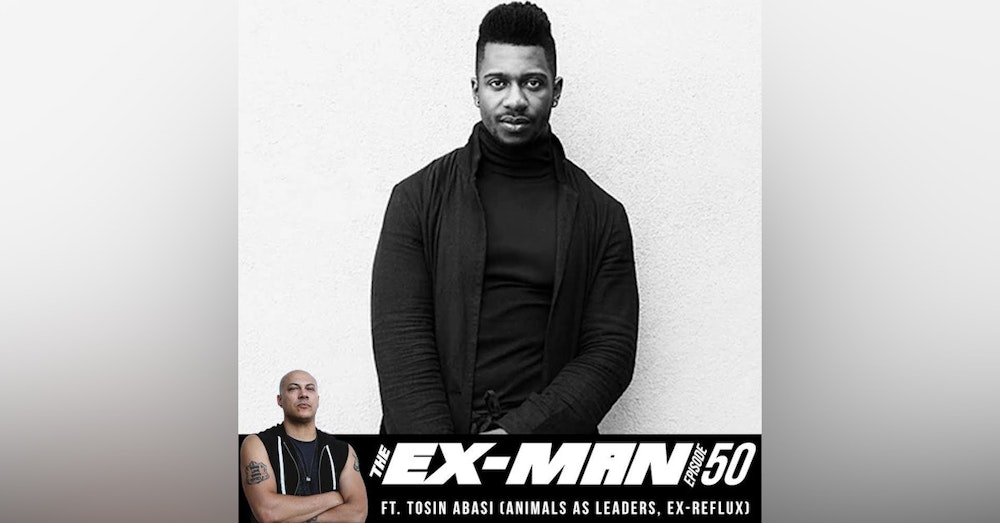 In this very special 50th episode of The Ex Man podcast, Doc welcomes legendary guitarist, Tosin Abasi, as a guest to discuss Afro-Futurism, the conflict in the metal world between commercialism and credibility, how he became such a prolific guitar player, coming up in the Baltimore hardcore/metalcore scene, how the band Reflux with Ash Avildsen came together, the genesis of Animals As Leaders through meeting Misha Mansoor, cultivating the Djent sound, political identities, the unexpected success Animals As Leaders and he have experienced, the Generation Axe tour, and his launch of Abasi Guitars and his signature Fishman guitar pickups.

This episode features the song "All Came To Light" by Cerebellion from the album Regeneration, and "Ectogenesis" by Animals As Leaders from the album The Madness of Many.

Check out our band sponsor at www.cerebellion1.com

Use the code PCJABBERJAW for 15% off. Listen to more great podcasts like this at JabberJawMedia.com