Stikman aka James Ismean (Fury of Five, Boxcutter, ex-Locked Up In Life) 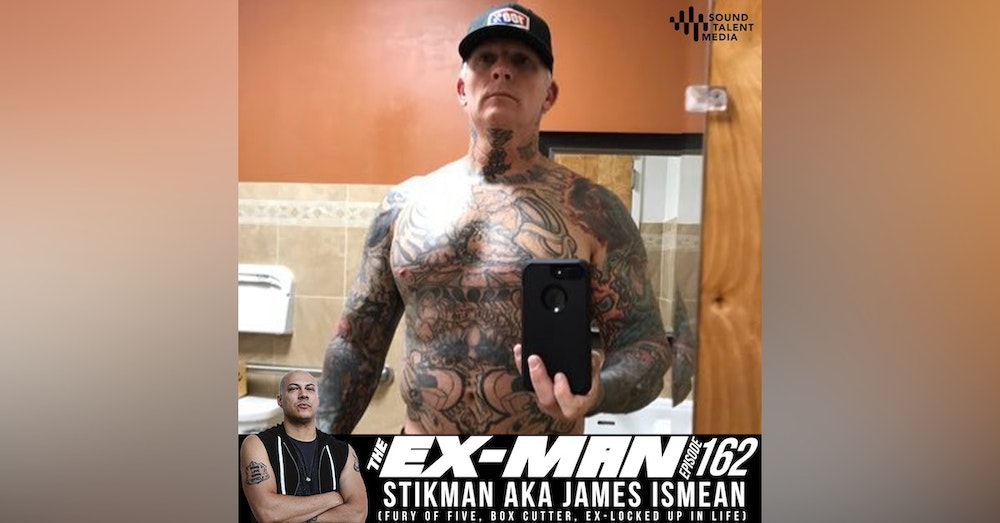 Doc welcomes Fury of Five frontman, Stikman aka James Ismean, to the show.

Doc welcomes Fury of Five frontman, Stikman aka James Ismean, to the show and they talk about how Fury of Five befriended the God Forbid guys in the early days in the NJ hardcore scene, how James' rough and abusive upbringing led to him spending some time in prison, how prison shaped his mind and body, how Fury of Five came together, what motivated their professional approach to rehearsal, where James' violent tendencies stemmed from and how it hurt the inner-workings of the band, why Fury of Five broke up, how depression and drugs affected his life after the band, why he believes he changed his ways and made amends for past mistakes, how he dealt with his depression and inner demons through biking and fitness, and Doc quizzes James on old Fury fight stories.

This episode features the song "Taking Respect" Worldwide Edition by Fury of Five.