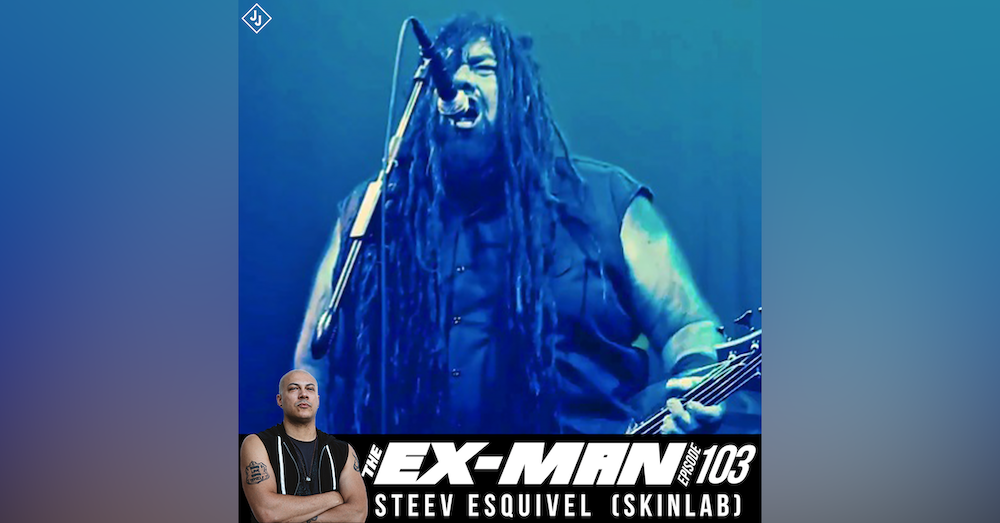 Doc welcomes Skinlab vocalist and bassist, Steev Esquivel, to the show and they talk about meeting each other in the late 90s, his early days with thrash metal band, Defiance, the downturn in thrash leading to the groove metal scene in the bay area and starting Skinlab, how much Robb Flynn and Machine Head helped with their career, working with producer, Andy Sneap, their relationship with Century Media records, seeing the scene change again with the rise of the NWOAHM, going on hiatus after the ReVolting Room album release, his time with rock side project, Re:Ignition, reforming Skinlab, and what life outside of the music industry has been like.

This episode features the songs "Resurgence" by Sons of Texas, "Take What You Want" by Re:Ignition, and "Overcoming" by Skinlab.

Support our show sponsor Sons of Texas at www.facebook.com/sonsoftexasmusic