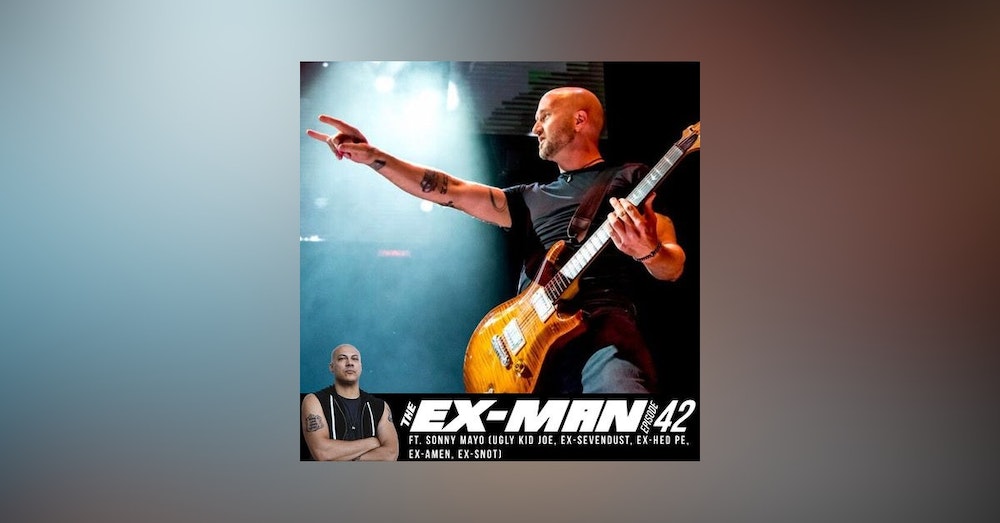 Doc speaks with prolific guitar player, Sonny Mayo, about the benefits of therapy, being influenced by James Hetfield, coming up in Northern Virginia with his thrash band Silence, opening up for an upcoming Pantera, how he moved west and joined Snot, falling in with drugs and how that led to him leaving Snot and joining Amen, getting sober and subsequently joining HeD PE, how playing with Sevendust was the best thing and hardest thing he ever did, going to school to become a producer, playing with Ugly Kid Joe, and his new life working with Rock to Recovery.

This episode features the song "Coulda Woulda Shoulda" by Snot.