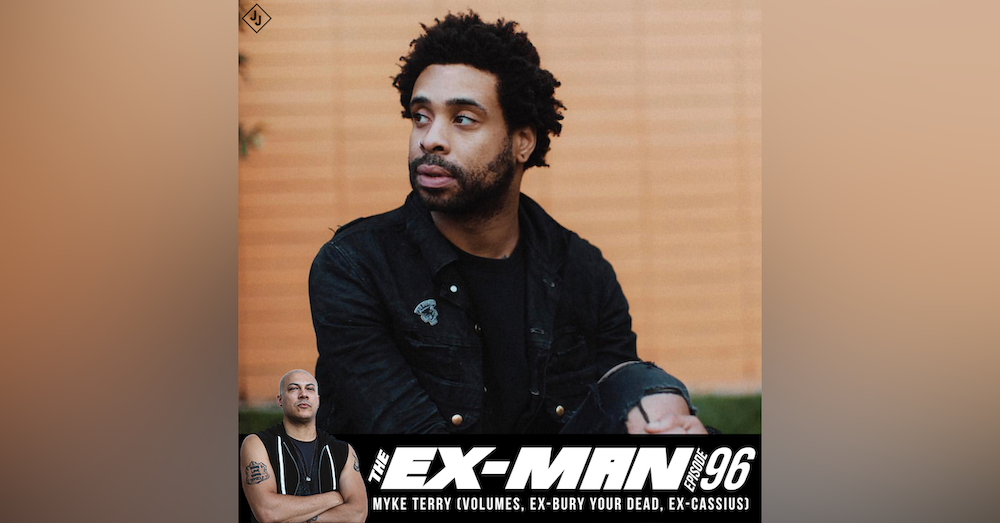 Doc welcomes Volumes vocalist Myke Terry to the show to talk about coming up in the Richmond, VA metalcore scene with his first band Cassius, how he joined Bury Your Dead, developing his vocal style and experimenting with singing, the aftermath of quitting Bury Your Dead, experiencing racism in the metal scene, moving to Des Moines, IA to start an indie rock band called IVA, eventually heading west to try at professional wrestling, his stint as a solo R&B artist, being an early vocalist for Bad Wolves when it was called Eye of Tongues, and eventually joining Volumes.

This episode features the songs "Legacy Hampton" by Suspicious Minds, "Skingraft" by Cassius, "Hurting Not Helping" by Bury Your Dead, "Hot Blood" by IVA, "Red Handed" by Myke Terry, and "Finite" by Volumes.