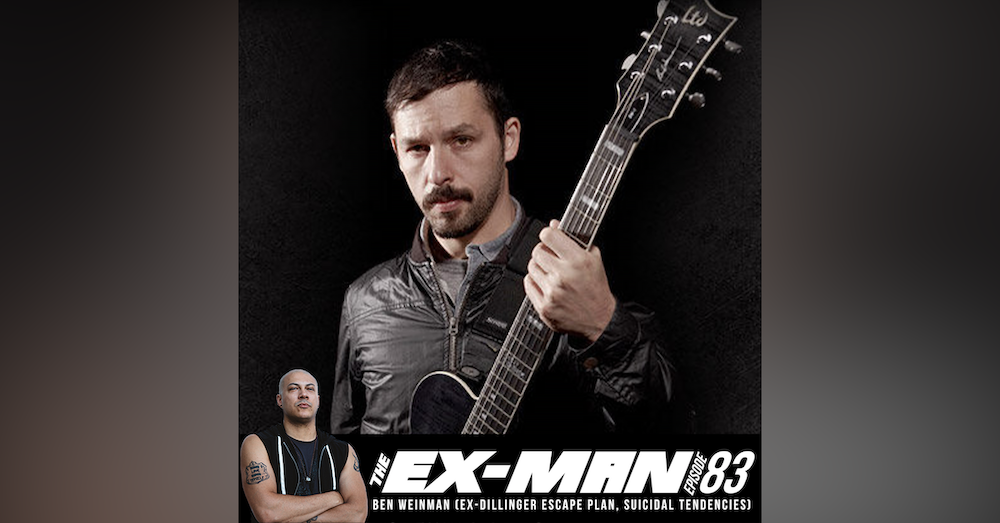 Doc welcomes former Dillinger Escape Plan founder and guitarist Ben Weinman and they talk about how he got the gig playing with Suicidal Tendencies, what Suicidal meant to him growing up, how the scene Dillinger came up in influenced his DIY sensibility, the physicality of Dillinger's live show taking it's toll on his body and eventually winding down the band, and Ben interviews Doc a bit about God Forbid's work ethic back in the day, and what it has been like to move to LA and start over again with a new band.

This episode features the songs "New Disguise" by Haal and "Adapt or Die" by Giraffe Tongue Orchestra.