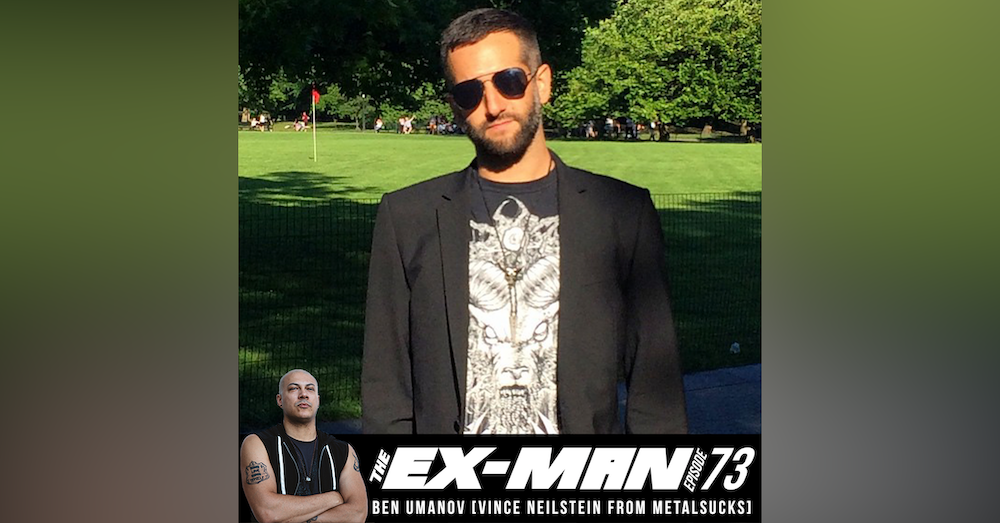 Doc welcomes guest, Ben Umanov aka Vince Neilstein, co-founder and content creator for MetalSucks.net. They talk about Doc's early involvement as a writer on MetalSucks, Ben's early years working for Atlantic Records, how Matt and he came up with the idea to start the blog, where the confrontational and unapologetic tone of the site comes from, the divisiveness and negativity in the metal scene, the site's evolution to become more outspoken politically and how it's affected the audience, and Doc and Ben debate a bit about politics.

This episode features the song "Slow Season" by All Hail The Yeti from their album Highway Crosses.