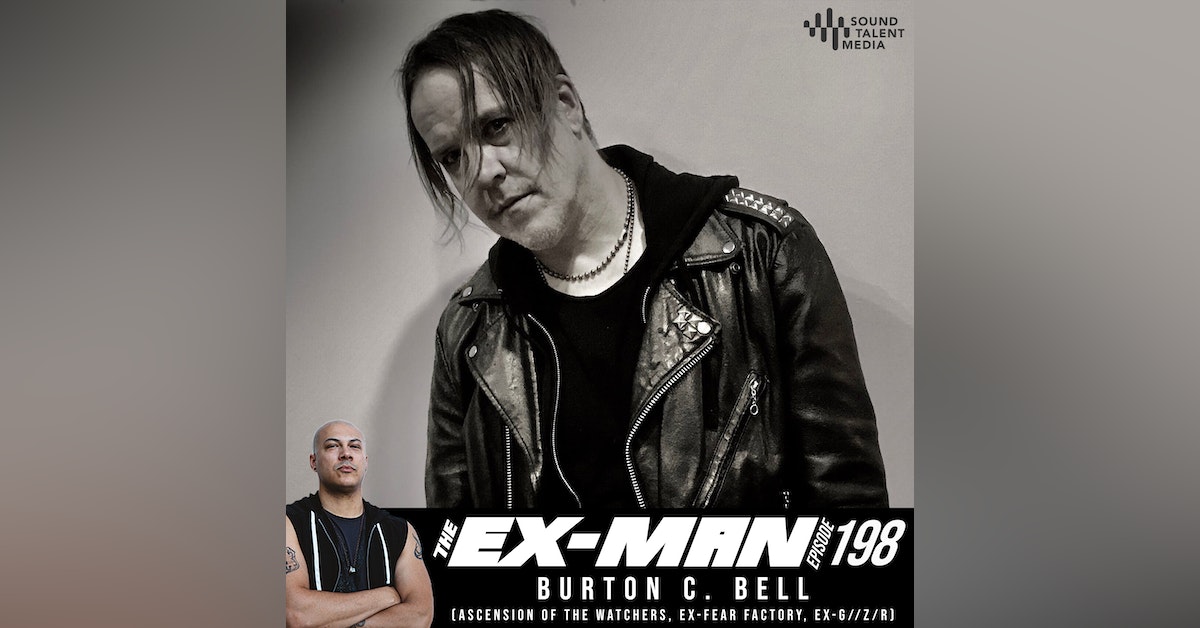 Doc welcomes former Fear Factory vocalist, Burton C. Bell, to the show and they talk about how he has felt since leaving Fear Factory, making a new Ascension Of The Watchers album, what influenced his early vocal style, whether or not he invented "good cop, bad cop" vocals in metal, how touring with hardcore bands influenced his approach to singing, how he ended up singing for Geezer Butler's solo album, the process of recording Demanufacture, what he's learned from experiencing a falling out with the members of Fear Factory, and how the style of Fear Factory created some limitations creatively.

This episode features the songs "Our Betrayal" by Generation Underground featuring Pablo Viveros and "Drive Boy Shooting" by G//Z/R.