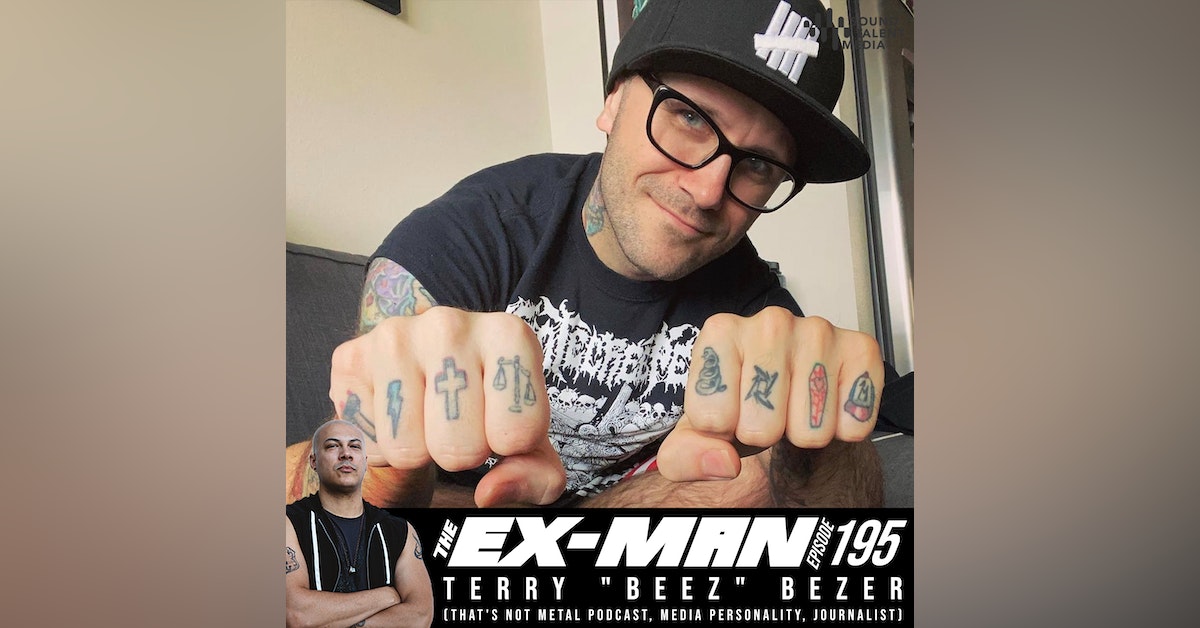 Doc welcomes music journalist and media personality, Terry "Beez" Bezer, to the show, and they talk about Beez getting his start in the UK media writing for Kerrang, Metal Hammer, and Rock Sound, his transition to being in front of the camera as a host for Scuzz TV, how dishonest practices within the media inspired him to start the That's Not Metal Podcast, how moving to LA is helping his goal of bringing heavy music back to the mainstream, his success on Twitch, why he focuses on giving new, exciting, eclectic artists a platform to be heard, what the next big thing in metal is, and his foray into the world of NFTs with Avenged Sevenfold's Death Bat collection.

This episode features the songs "Won" by Trip Villain and "Aaj" by Bloodywood.