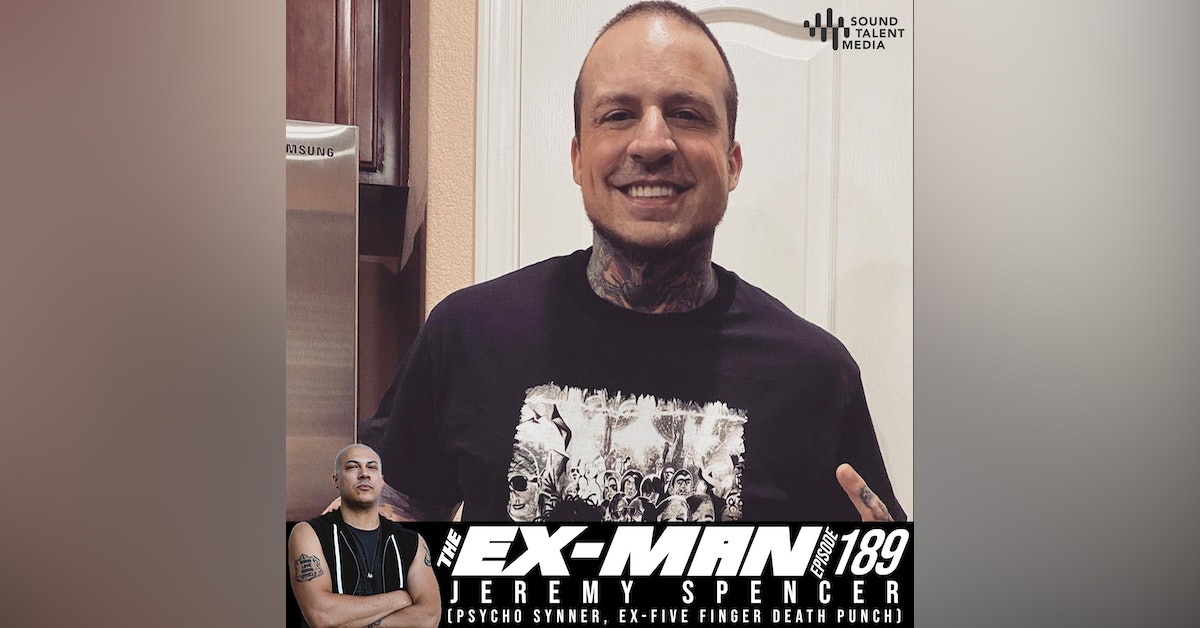 Doc welcomes former Five Five Death Punch drummer and current Psycho Synner frontman, Jeremy Spencer, to the show, and they talk about Doc and Jeremy's time touring together with Five Finger Death Punch, why he ultimately decided to leave the band, how FFDP built their career to such great heights through the years, Jeremy dealing with debilitating back issues, why he decided to become a vocalist/frontman for his new band Pyscho Synner, where the inspiration developed to go in a more theatrical visual direction, dealing with pushback from online haters, recording and releasing 9 new albums on one day, and what his experience was like writing a memoir.

This episode features the songs "Run" by Sinshrift and "Devil From Hell" by Psycho Synner.